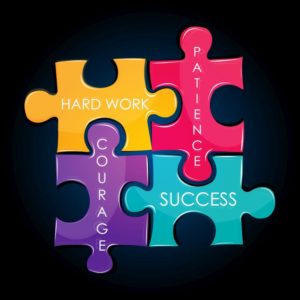 The Commission for Higher Education delivered the state’s clearest and most comprehensive picture yet of college graduation rates in Indiana with the release of the first “Indiana College Completion Reports.”

“Improving college completion is a complex problem, but overcoming Indiana’s completion challenge begins with a clearer understanding of where we are and where we need to go,” said Teresa Lubbers, Indiana Commissioner for Higher Education.

“Clearly, an on-time degree will always be the best and most affordable path to college graduation,” Lubbers noted. “At the same time, we recognize that Indiana’s completion picture includes not only full-time students who start and finish at the same campus but also students who attend college part-time, students who transfer between colleges, students who take longer and students who earn a different credential than the one they set out to pursue. Every graduate brings Indiana another step closer to reaching its 60 percent education attainment goal, and each student must be acknowledged and accounted for in addressing our state’s completion challenge.”

Among the key findings from the Indiana Completion Reports:

The Completion Reports—which include both state-level and campus-specific data profiles—are part of an ongoing series of annual reports—including College Readiness Reports and Return on Investment reports—developed by the Commission to convey the progress of Hoosier students at each stage in the postsecondary pipeline. The reports are provided as companion pieces to the Commission’s “Reaching Higher, Achieving More” strategic plan. Adopted in 2012, “Reaching Higher, Achieving More” calls for key reforms designed to increase college completion and education attainment in Indiana.

What People Are Saying about Indiana’s College Completion Reports

“To get the biggest bang for their tuition buck, college students must complete their academic programs and earn that all-important diploma. The Indiana Commission for Higher Education’s Indiana College Completion Reports starkly highlight the fact that most Indiana students don’t finish what they start when they enroll in college, and so students, taxpayers and employers fail to reap the full return on their investment in higher education.  The Indiana College Completion Reports offer valuable information to help students and families in their selection of a higher education program, and to inform education providers and policy makers by shining the spotlight on the critical issue of college completion with a purpose.” – William D. Hansen, President and CEO, USA Funds.

“This is very impressive.  These Completion Reports represent Indiana’s continuing commitment to graduate more students and more of those students on time. Indiana is leading the country in providing important information to students, parents and the general public.” – Stan Jones, President, Complete College America

“This report shines a bright light on the important work that Indiana’s higher education stakeholders—institutions, students, policymakers, and employers—must continue. Our state will not thrive, or meet the needs of our economy, without significant improvement in college completion, and particularly without significant focus on improving completion rates for low income students and students of color. I applaud the Commission for its comprehensive approach in measuring completion, and for highlighting completion gaps among students populations.” – Jamie Merisotis, President and CEO, Lumina Foundation.